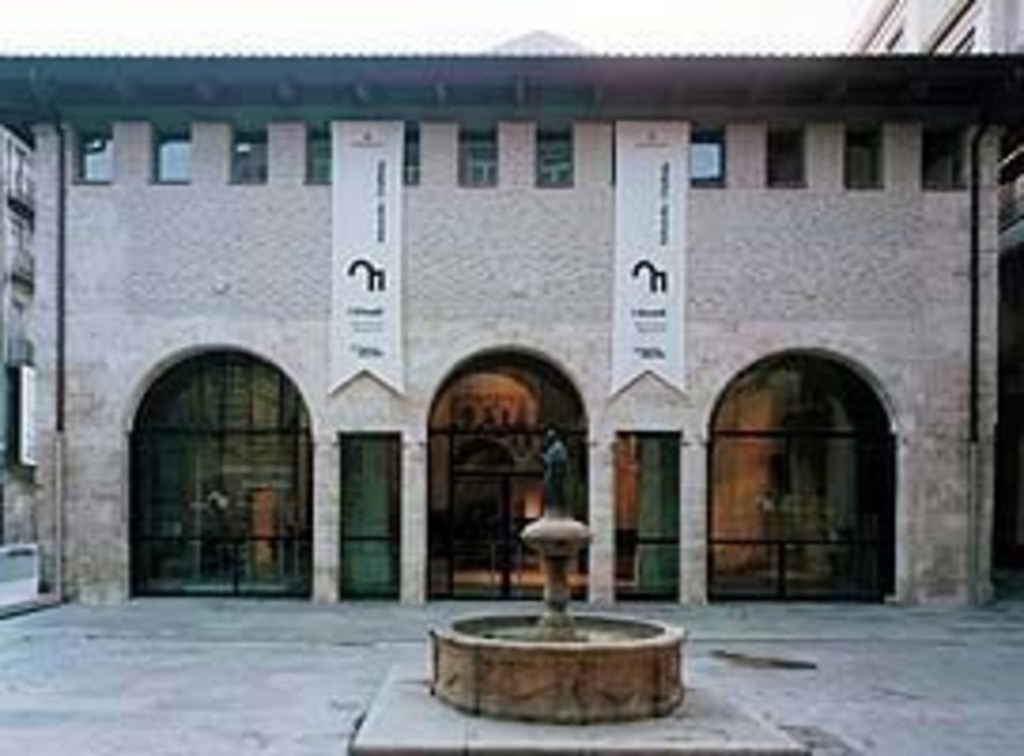 San Lluis Beltrán square, is one of the most beautiful corners of the city, a space that has a special charm at night, when, in silence, the flow of water from its fountain resounds. The font is crowned by a bronze sculpture of San Lluis Beltrán, whose birth house stands a few meters away. The Escrivá palace, from the 15th century, although it was heavily remodeled in the 18th, also falls into the square: its Gothic door stands out, with a pointed arch and tympanum in which a carved stone shield is inscribed.

To the left of the square is the Almudín doorway, with a porch built in the first half of the 16th century. The Almudín was built on the Muslim quarterdeck in the early fourteenth century as a place for storage and sale of wheat. Originally it would have smaller dimensions and it was expanded throughout the XV and XVI centuries until it acquired the appearance that it has today. The original building would have an open-air central patio and it was at the beginning of the 17th century when the roof was incorporated, giving it the image of a basilica plan that it has today.

If you access the interior you will be able to see popular wall paintings alluding to the entry of wheat into the city - historically one of the greatest concerns of its rulers - as well as representations of the patron saints of the guilds that operated in the grain trade.

It is currently an Exhibition Center. In this museum the important exhibition was held to mark the centenary of the Albufera Natural Park, among others.

In front of the Almudín façade is the "Birthplace of San Luis Bertrán". On the facade you will see a religious mural made with tiles. Which Catholic character is at the center of the mural?