█ Basilica of our Lady of the Forsaken 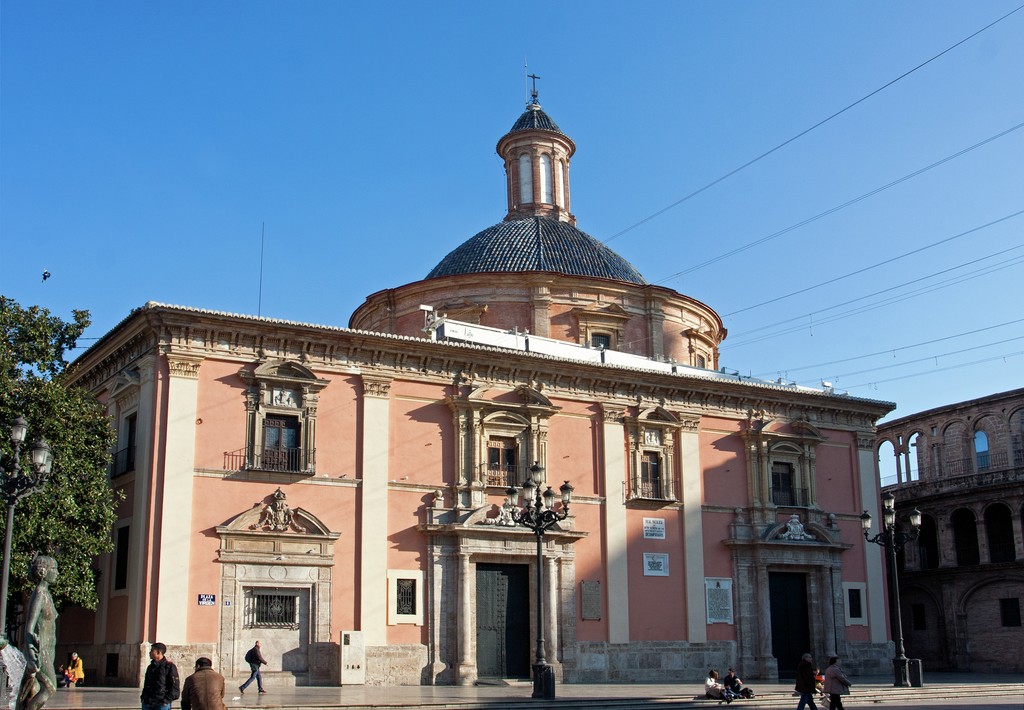 Take Cavallers street (Caballeros) street to the right of the Palau and in the back of the building you will find the Virgin square (Plaça de la Verge), and there it is the beautiful Basilica of our Lady of Forsaken (Basílica de la Virgen de los Desamparados).

This temple dedicated to the Patron Saint of the City, the Virgen de los Desamparados, popularly known as the Geperudeta as her head is facing the ground. This building constitutes the main religious building built in Valencia during the 17th century and, at the same time, the first newly-built Baroque work. Built between 1652 and 1667 by Diego Martínez Ponce de Urrana, it presents three significant aspects:
- It is the only church in the old town that does not rise over old parishes or convents, but is a new building.
- The dome is not located in the center, but is displaced approaching the Cathedral.
- The presence of a dressing room, a significant element of the Baroque and one of the first known in Spain.

On the façade of the basilica you can see various informative and commemorative plaques. Look for one of them with the following text “ROYAL BASILICA OF NTRA SEÑORA DE LOS SANTOS INOCENTES _ _ _ _ _ _ _ _ AND DESAMPARADOS”. Indicate the missing word and continue your journey.