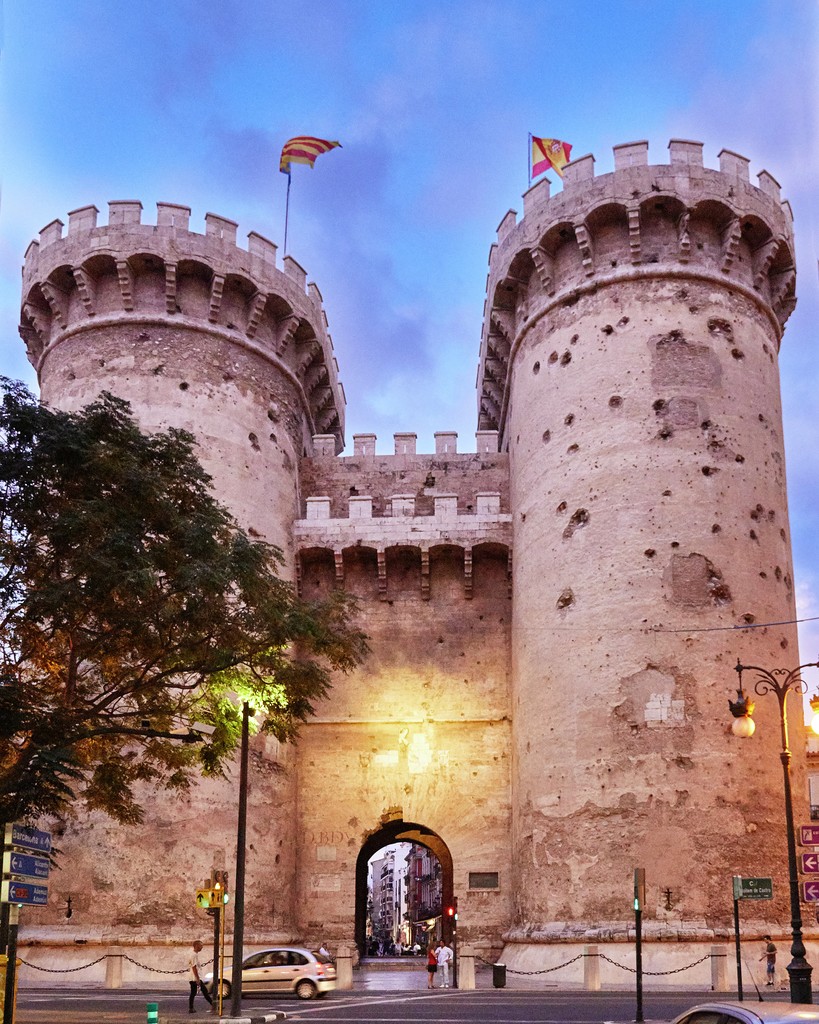 Leave the Market behind you on the street between the Silk Exchange (Lonja de la Seda and the Santos Juanes Church). Immediately take Murillo street on your left, reaching the intersection with Guillem de Castro street (about six streets ahead on the right). There you will find the Quart Tower.

Built by Pere Bonfill, according to the model of the Castell Nuovo towers in Naples; they are an example of late Gothic military construction. Projected as defense doors of the city, they received, until 1874, the name of Torres de la Cal (Lime Towers), because in the 18th century it was required that the lime that entered Valencia pass through there. The rear façade was discovered so that the interior could be seen, destined, for a time, to a women's prison.

A plaque next to the door of these towers is dedicated to the "HEROES OF THE WAR OF INDEPENDENCE" (HEROES DE LA GUERRA DE LA INDEPENDENCIA). Indicate the last word you can read on this tombstone and you will finish your tour.