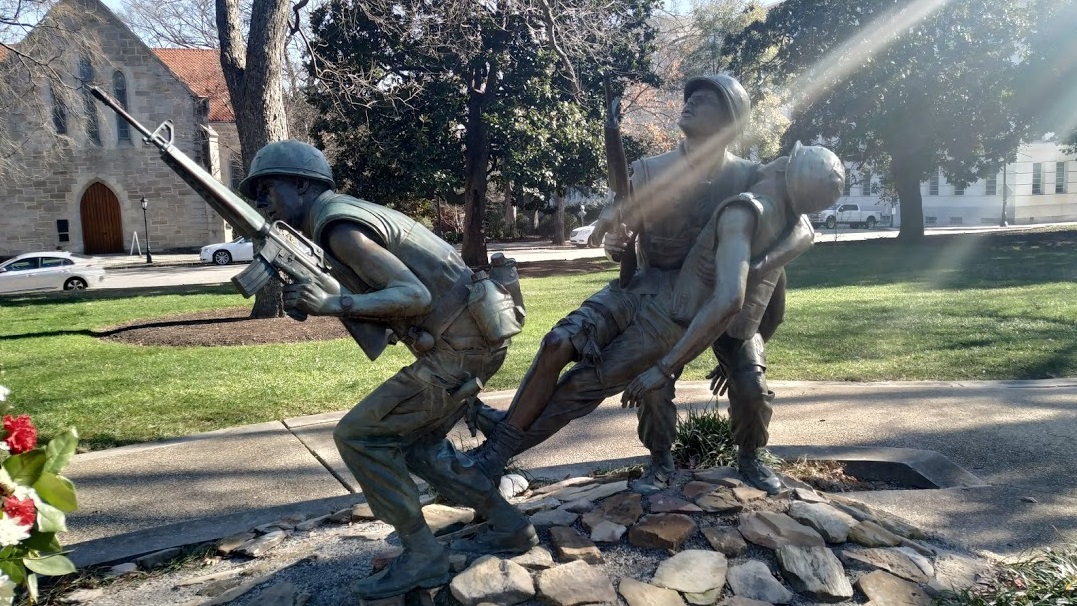 At the right side of the presidents' monument, you will find another one dedicated to the Vietnam War veterans. The monument, which is titled "After the shooting," depicts two soldiers taking an injured fellow to a nearby landing area to await medical help.

In an attached bank you can see the coats of the 5 corps that make up the US army: Army, Marine, Navy, Air Force and Coast Guard.

Which year is on the Army coat?