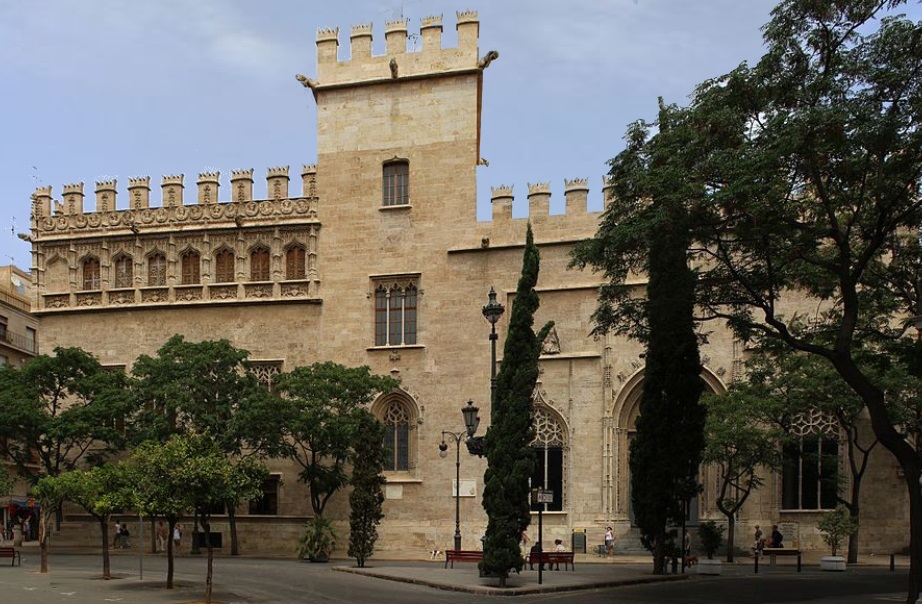 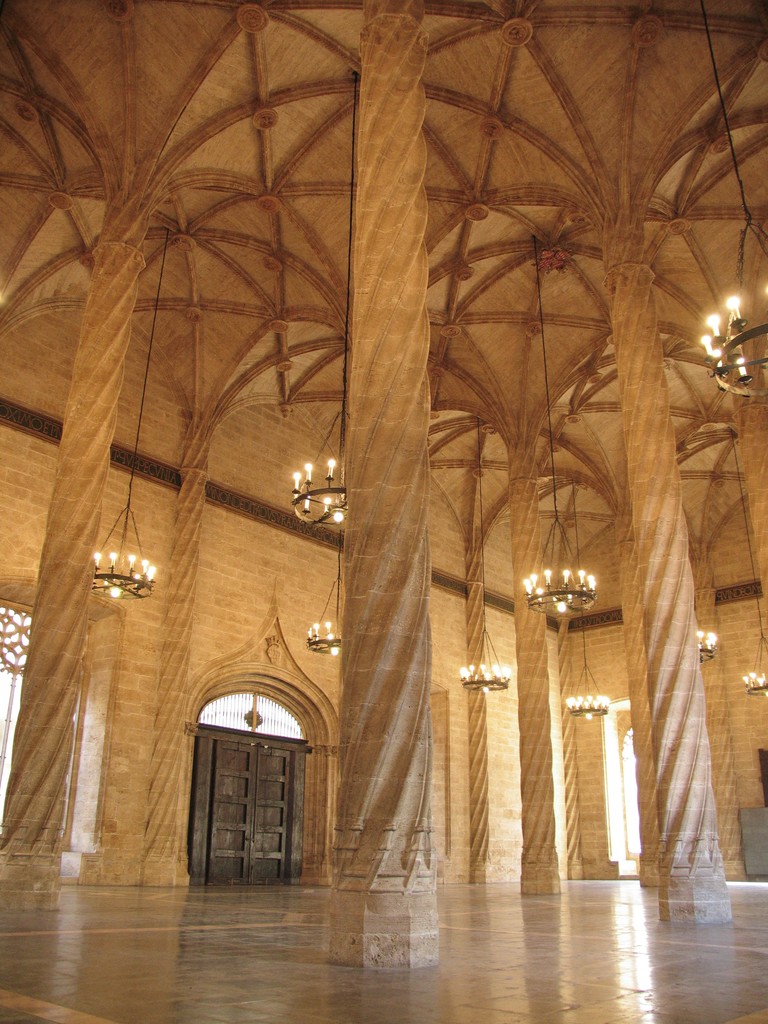 Exit the Redonda square (Plaza Redonda) along En Trench street and go straight on until you reach Mercat square (Plaça del Mercat), where you will turn right until you reach the Silk Exchange (Lonja de la Seda) (you will find at your right, C / Pere Compte)

The Silk Exchange is one of the emblematic buildings of the city, a masterpiece of Gothic civil architecture. The construction began in 1483 according to the project of the master Pere Compte. The ensemble is made up of three bodies that, observed from the Mercat square, would first comprise the contracting hall followed by the central tower and, to its left, the Consolat del Mar.

The Columnary Saloon or Contract saloon began in 1483 and consists of a large room divided into three longitudinal naves by helical columns. The building is conceived as a temple to commerce and presents a marked symbolic character, in which we wanted to see the representation of paradise in which the columns would be the trees and the domes would represent the heavenly dome. The municipality installed here the “taula de canvis”, to carry out the banking operations of the moment.

The central tower consists of a ground floor and two high floors, which were originally used as a prison for merchants declared bankrupt.

The complex is completed by the Consolat del Mar building, built in 1498 under the direction of Pere Compte, who died without seeing it finished. Several masters continued the works after his death, finishing them in 1548. It is noteworthy in the upper part of the facade facing the Market Square, the gallery of arches and the forty medallions representing the bust of Roman emperors and famous figures, all it from the Renaissance period. If you want to observe better these details, go to the opposite sidewalk, next to the Church of Los Santos Juanes, where you will have a better perspective of the whole.

On Sundays there is an exhibition of stamps and coins.

On the façade of the Lonja de la Seda, under a window you will find a white plaque commemorating the Peace that says "THE DEPENDENTS OF TRADE FROM VALENCIA TO PEACE" (LOS DEPENDIENTES DEL COMERCIO DE VALENCIA A LA PAZ) . What year is on that plaque?