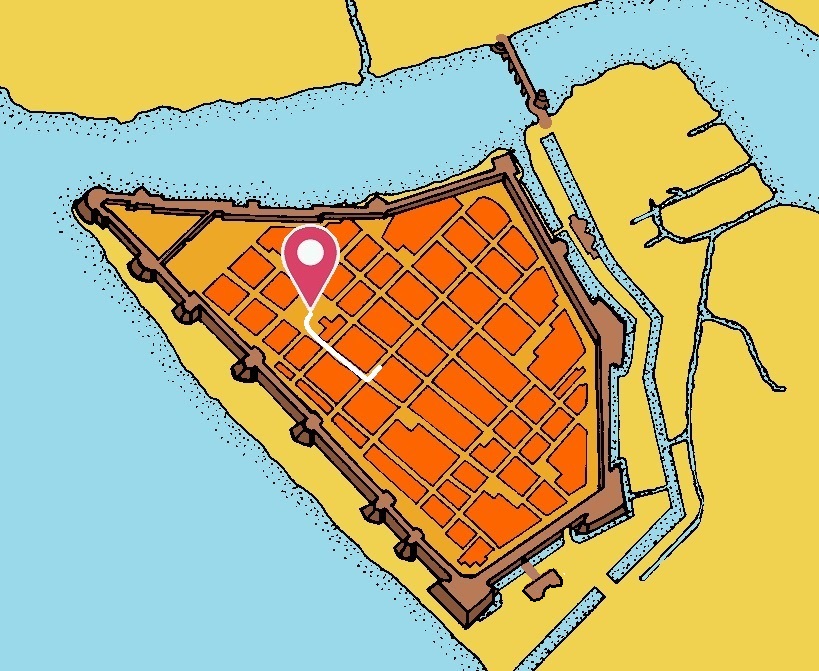 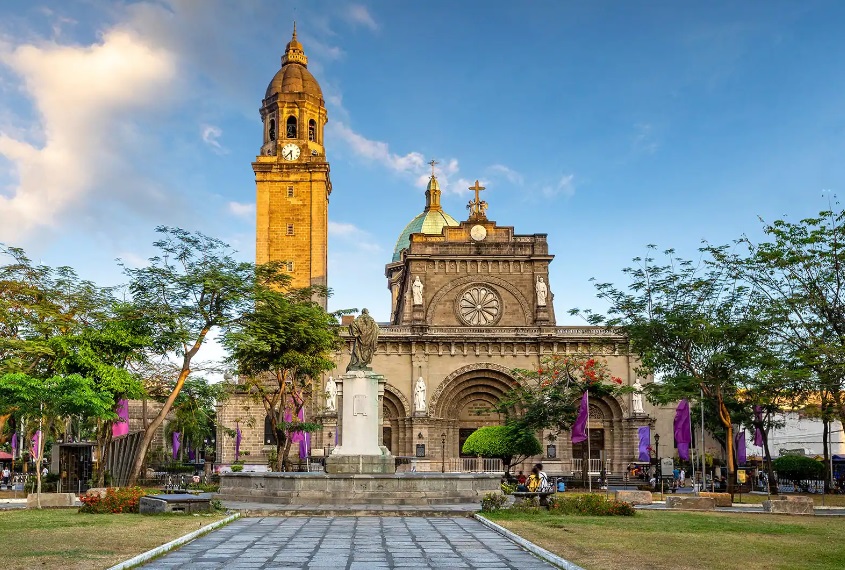 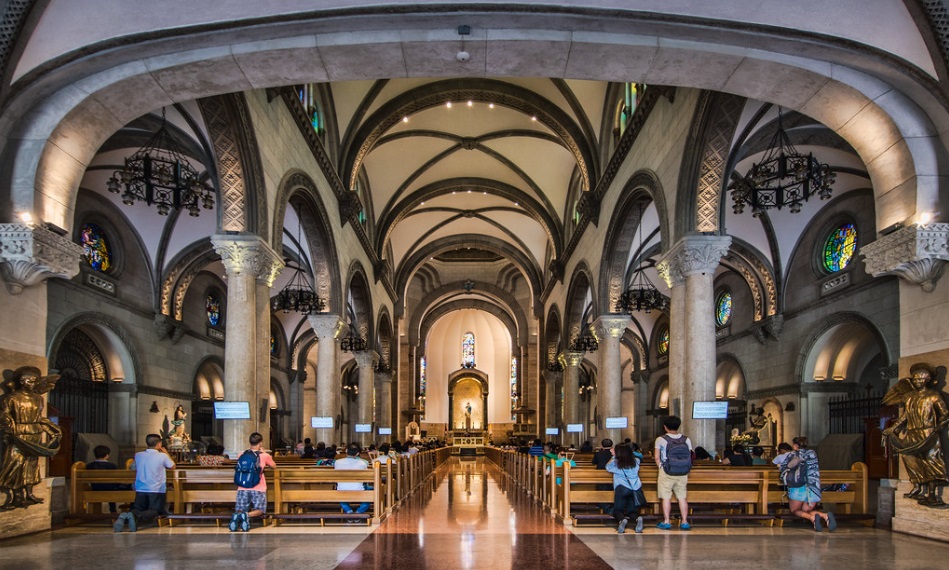 Keep going along the “General Luna” street until you see the Manila Cathedral on the “Plaza Roma” on your right.

This cathedral is consecrated to the Immaculate Conception. The first construction dates from 1581, although it has been damaged, destroyed and rebuilt on several occasions.

The Philippine people are mostly Catholic due to the Spanish influence for more than 300 years. Not only was religion influenced by the presence of the settlers, but also the local languages adopted many words from the Spanish language. Thus the third part of the words of Tagalog (the official language in the Philippines) have a Spanish origin (culebra / kulebra / snake, manteca / mantika / butter, semilla / semilya / seed, trabajo / trabajo / job, bicicleta / bisikleta / bicycle,...). In some territories of the Philippines (also Malaysia and Indonesia) Chabacano is still spoken, a Creole language based on Spanish (70%) and indigenous languages (30%).

“Plaza Roma” was the center of colonial Manila. Right here we can find the Governor's Palace and the Town Hall, the Royal Audience of Manila, and in the center of the square you can see a statue of Charles IV of Spain.

Fill in the missing word in the text you can read above the main entrance of the cathedral. "TIBI _ _ _ _ _ TUO IMMACULATO CONCREDIMUS NOS AC CONSECRAMUS" ("We consecrate and offer to your Immaculate Heart").