█ The Dukes of Feria 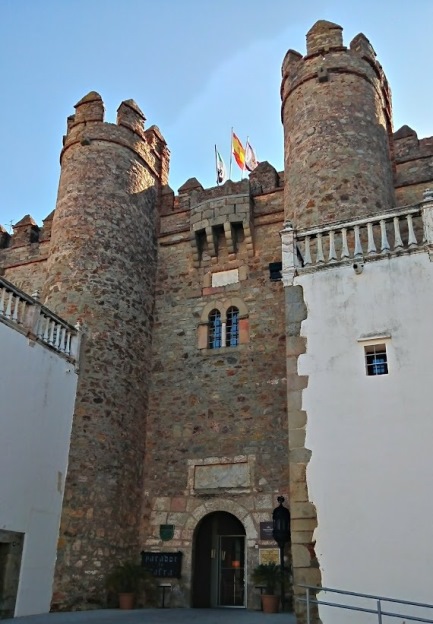 This adventure begins at the imposing Palace of the Dukes of Feria, a castle which today is a National Parador Hotel.

It was commissioned in 1437 by the first Count of Feria, Lorenzo II Suárez de Figueroa, and work finished in a record time of 6 years. Although it outwardly appears to be an unassailable fortress, it was actually planned as a stately home in the Gothic style, with Mudejar decoration. Highlights include the imposing Keep, the Golden Room, the coffered ceiling of the Chapel and the views from the battlements.

Over the main door of the fortress, we can see two noble Coats of Arms, and in the one on the right we can see some ferocious animals. Write the name of these animals to continue the adventure.