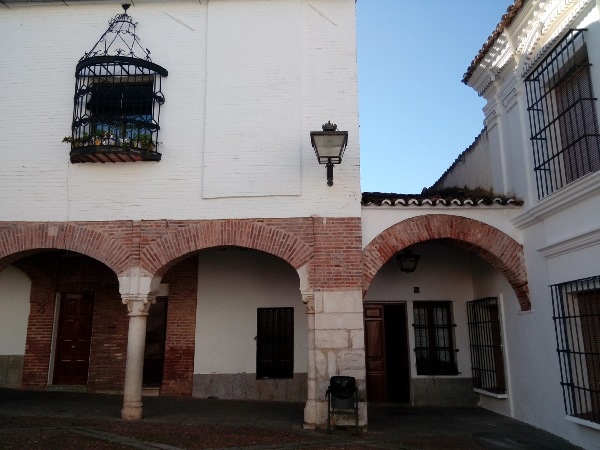 Pass under the archway to go up Jerez Street until you get to the Plaza Chica.

In this square you can see that three of the four corners communicate directly with other streets or squares. However, the southwest corner has no such exit as a house was built which closed off the street that was there previously. This is the house of Eusebia la del Rincón (Eusebia of the corner), which has given a warm welcome to well-known people such as Camarón de la Isla or the actress Carmen Sevilla. But perhaps the most notable visitor was Lady Bird Johnson, First Lady of the USA and wife of the 36th President, Lyndon B. Johnson. Returning from a trip to Granada, she decided to stop off in Zafra on the advice of the then Spanish Government Minister, Manuel Fraga.

On the left of the house of Eusebia there is a beautiful wrought iron balcony, in which the faces of some chubby-cheeked celestial beings can be seen. Insert the name of these beings to draw your adventure to a close.